How meditation is changing my brain

How Meditation is Changing My Brain

Twenty-two years ago I began experiencing suicidal thoughts. I was a young person with little insight into the workings of the mind. I’d recently emigrated to Australia from a politically torn and violent South Africa. I’d never heard of post-traumatic stress disorder and blamed the problem on myself.

As the thought patterns became stronger and more entrenched, I entered a struggle that would take two decades to overcome.

I’ve now experienced almost a year without suicidal thoughts. My brain has changed.

Don’t believe everything you think

Mindfulness meditation has given me the skills to stand back more easily from my thoughts and observe.

This detachment allows a remarkable freedom.

I’ve learned that thoughts are simply thoughts. They are manifestations of the brain. They are like digestive gurgles in the stomach. They happen. And most of them are meaningless – a babble of neuronal firing that’s like static on a tv.

But there’s a way out.

The opposite also holds. When neurons don’t fire together, they begin to lose their connectivity. The brain is plastic, and you can replace patterns of firing with different patterns.

Observing thoughts with detachment and letting them go allows new neural networks to form and old ones to die off.

Here’s a thought pattern with which I was only too familiar: ‘I’m a failure, I make the people I love unhappy, it would be better if I was dead.’

Now, when such a thought arises (hardly ever) I recognise it for what it is (a thought, rather than the truth) and let it go. Instead of following the thought and stressing about it, trying to fix it, or blaming myself for having the thought (all of which reinforce the neural pathways), I move on. This has weakened the neural pathway. It’s become less easily triggered. The thoughts arise less often and one day this neural pathway will be extinct.

The key is practise

But it takes practise.

Eighteen months ago I enrolled in a program at the MiCBT Institute in Hobart, Tasmania. Mindfulness-based Cognitive Behavioural Therapy involves learning a range of mindfulness techniques including meditation skills.

I’ve been meditating most days for an average of 20 to 30 minutes for over a year. This has been the mainstay of the changes to my brain. Insight is a boon, but it’s only by practising mindfulness meditation over and over again, that my old patterns of thinking are being replaced with new ones.

My goal at the start of the program was to find a way to manage the destructive thoughts, which I struggled to control because they were so easily triggered and overwhelming. I believed I’d be subject to this thought pattern for the rest of my life, and that I’d better stop trying to cure it and just learn to manage it.

I remember my scepticism when Dr Bruno Cayoun, head of the Institute, suggested that one day I would be free of these thoughts altogether.

The exciting thing is that I now know almost any thought pattern can be changed – that I can change my habits, my behaviours, and even my feelings. This sense of empowerment is liberating.

My fate and my well-being are no longer defined by psychiatric labels or determined by my past. I may have a history of post-traumatic stress disorder but the future need not be governed by yesteryear’s brain.

Why Meditate? The Differential Roles of Attention, Awareness and Mindfulness 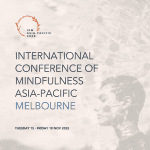 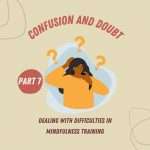 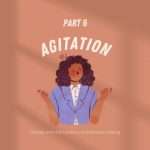 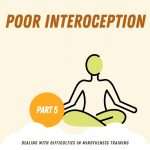 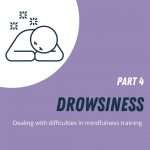 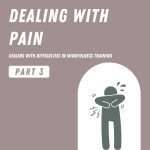